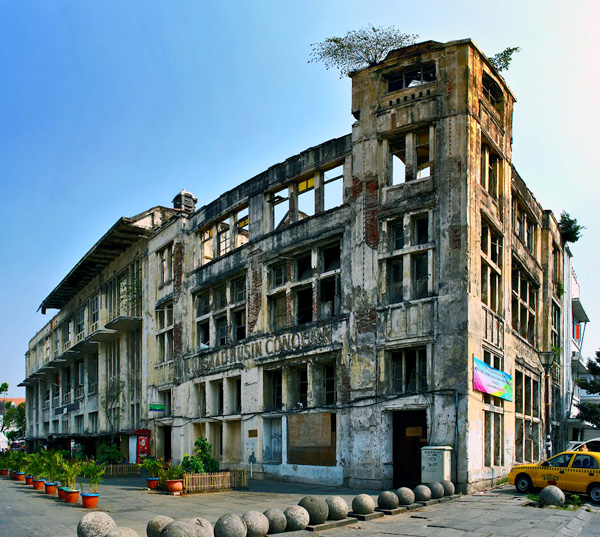 What is the purpose in visiting Jakarta Special Region? Well, each traveler has distinct reason to go to such big city. One of the reasons is to visit some historical buildings like Dasaad Musin Concern, which is located in the Old Town area. As the name suggest, it was an office of a man named Dasaad. The structure was built in 1857, actually. That means it becomes one of the oldest buildings in the capital of Indonesia. Today, people take advantage of the building as a tourist spot. Despite the old appearance, it is a unique structure, on which tourists often take selca.

The Nuance
It is true that Dasaad Musin Concern Building seems neglected, but it remains intact on the floor. The rumor has it. The government has the plan to demolish the building, but the locals oppose it. Due to it valuable history and vintage appearance, more tourists are attracted in visiting the location. They are photographers, historians, and travelers. It is even free to enter and explore the building. However, it is better to give some money to the keepers. They are the people who are responsible for both cleaning and guarding the structure, after all.

Exploring Dasaad Musin Concern Building
The Old Town area is indeed popular among travelers. It is because many old buildings reside in that location, including Dasaad Musin Concern. The most valuable thing about the structure is its history. The fact is it was the remnant of VOC and the Dutch. The condition is not as good as its neighbors, actually. Even it has no roof anymore. However, it remains as an important building in such area. Some features like toilets and a small mosque are available, so tourists can take advantage of them. Still, it costs some money to use those facilities.

The bad condition of the building doesn’t reduce the popularity of the building. On the other hand, it keeps attracting visitors. The reason is tourists want to see such old structure directly. Some of them even carry a camera take some pictures of it. In the past, it was used as an office and the owner was Dasaad Musin. He was a successful businessman, coming from Sumatra. However, some other sources tell a different story regarding the structure. No one knows which one is correct, in fact.

As for tips, tourists should carry some money and camera prior to visiting Dasaad Musin Concern Building. The money is needed to pay the guards and buy some foods when conducting a small adventure in the Old Town area. Another important precaution is related to the behavior. Visitors should never litter and cause harms to the building. Just because the appearance is old and neglected, doesn’t mean tourists are allowed to litter.

How to Get There
The prime destination is the Old Town area. For those coming by train, they need to reach Jakarta Kota Station. From there, they can simply take a taxi and head to the Old Town. The building is quite noticeable, so tourists won’t get difficulties in finding it.