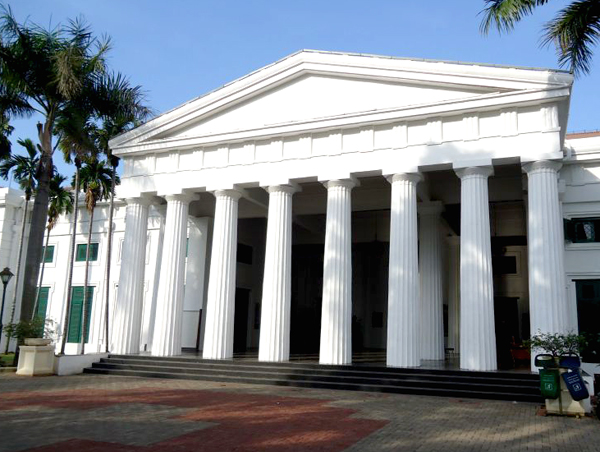 Just because Jakarta becomes a central government of Indonesia, doesn’t mean it is a boring region. The fact is that some beautiful museum resides there, including the Fine Arts Bali and Ceramics Museum, which is located in Pos Kota Street 2. It belongs to West Jakarta, actually. The museum holds lots of beautiful items, especially local and foreign ancient ceramics. That means visitors can see old ceramics from Majapahit Era and other countries there! These include items from Vietnam, Chinese, Europe, Japan, and Thailand. Those are old ceramics, which came from 16th-20th Century. When it comes to paintings, most of them are locals, coming from 1800s-2000s.

The Nuance
The Fine Arts Bali and Ceramics Museum has several rooms, displaying different items. The management stores the items based on the period, after all. That means tourists can easily explore the rooms, as long as they have the information. The rooms include Hindia Jelita, Persagi, Japan Room, Sanggar, Realism, and Seni Baru room. All of them are worth a visit! Not to mention there is a special room that displays many statues like Asmat Totem. Plus, the museum is neat and clean, so visitors would feel comfortable when exploring it.

Exploring the Fine Arts Bali and Ceramics Museum
People come to the museum for different reasons. For example, they want to learn the history of such place. According to the locals, the building was inaugurated in 1870. In the past, it was used as a court office during the reign of the Dutch. Later, Japan invaded Batavia and used the building as one of its military base. After the independence of Indonesia, the building became a Mayor’s Office of West Jakarta. In 1876, the president made it as Jakarta’s Arts Hall. For tourists, such history is indeed interesting. They can learn it from either a tour guide or the keeper.

Today, the museum has a primary function, which is to display numerous ceramics and valuable fine arts. It also has the purpose of educating visitors regarding those items. As the time goes by, the museum has been acknowledged by foreigners. That means it has fulfilled the international standards and display items, coming from different countries. No wonder, a number of visitors keep increasing over time. Plus, the management has done several improvements to the museum, especially in terms of facilities.

In a nutshell, the Fine Arts Bali and Ceramics Museum has several facilities like ceramics workshop, paintings workshop, and the multipurpose room. All of them are accessible to the guests, for sure. Except for Monday, the place is open. It starts at 9 am and 3 pm. When it comes to ticket fee, it varies depending on the age. Another precaution is the guests’ belongings. Visitors are allowed to carry a camera, but they must obtain permission first.

How to Get There
The fact is that the Fine Arts Bali and Ceramics Museum are located in Pos Kota Street, RT.9/RW.2, West Jakarta. Many types of transportation services are available to reach the location. What people need to do is to find the Old Town and head directly to the museum.